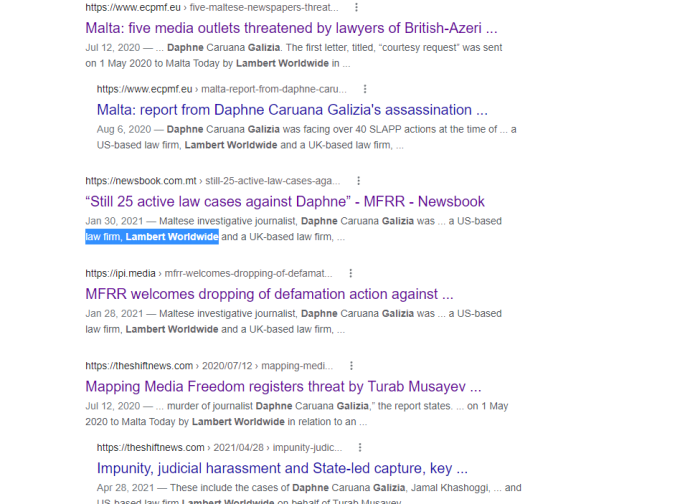 Some of the most important reporting in recent years is that of Daphne Galizia. So important and groundbreaking was her reporting on money laundering, bank secrecy etc. that she was assassinated as a result. Lambert Worldwide in the US along with the Thomson Atkins firm in the UK both worked to get articles pulled. Little is available about Lambert Worldwide… for now, but any law firm that makes a habit of intimidating reporters obviously makes me list.

As for the Anirban Haldar reporting on the Houston story, not only will it not be pulled but since Lambert complained about a “lack of context” a document dump will ensue this month. I’ve only released a small percentage of the info I’ve gathered since 2019 on this gang of alleged and accused fraudsters, but something about being pushed around makes me want to move up the date of that activity. Read the original story that caused the controversy here (and don’t forget to share far and wide, the fact that they are burning money on lawyers to shut me up means I am on to something, so like a dog with a bone, won’t be letting go any time soon).